King of the Historic Northeast 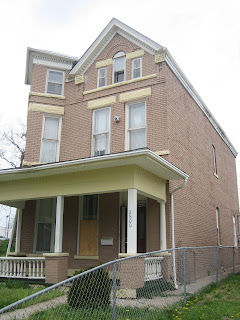 I was on the porch of our Victorian house this morning waving at neighbors. I was sipping coffee (with cream and sugar) from a Woodfield tea cup, and waving.

Wave, wave, wave. Many of our neighbors are also friends that now live in our historic world.

And I was thinkin'...(yes, that is thinkin' without a "g", the kind of thinkin' that hurts me a little.)...who was the Pied Piper that brought us all together? Who had the guts to raise his golden flute up and lead us into Kansas City's oldest historic neighborhood? Who is this person that believes in wayward artists, actors, fashion designers, and the other artistic misfits that make up the underground culture of our city? 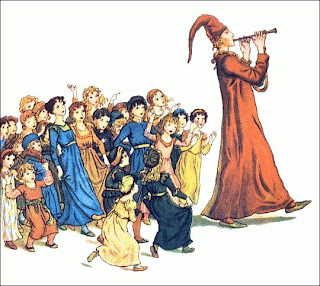 You ask, "Ron, who is this Yuri guy?" Good question: here is a story to explain it all (well part of it.)

Six years ago I was looking for a new home to move my newly-single self and my two year old kid, Atticus, into. (Atticus, for those reading this blog for the first time, is my feisty wire fox terrier.) I found an ad in a local rag for a second-floor apartment in a ca. 1899 Duplex. Location: Northeast. Street: Gladstone Boulevard. The turn-of-last-century duplex was owned, at that time, by a man named Yuri Well, that one is easy to answer: our Pied Piper is Yuri Ives.
. Yuri lived across the street in a four story Victorian mansion with his husband and twin sons.

How do I describe Yuri? He is a gregarious person who doesn't like everybody all of the time. A high-spirited, good-humored man that fights for your rights, speaks his mind, and has the wit of a 19th century orator.

He is the King of the Historic Northeast.

Yuri showed me the beauty of this historic area. An area that boasts 56 nationalities speaking 56 native tongues, including Ethiopian, Sudanese, and Gay. An area that opens it's arms to the modern immigrants of this small world. Yuri was and is the ambassador to a lost world. We became friends.

Jump forward to 2008. Jon and I knock on the front door of his huge mansion, demanding to look at a house on East 6th. The house that would become Chestnut House. He dropped everything and guided us towards our new beginning. 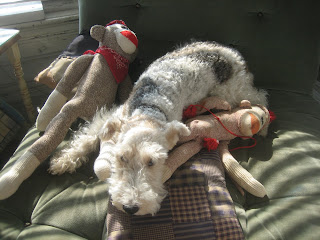 Once we were settled in, he started the process of recuiting more of our friends: Georgianna and Martin, Jon and Marlin, Shaun Hamontree (who was really the first to venture here), and countless others. Yuri, in one year's time, has created an artist's haven. So, if you feel inspired to venture into this little-known historic area, I suggest you contact Yuri. Till then, you can always drive by our manse and wave to me. I'll be the guy sitting on the porch, holding the tea cup and waving back.
Posted by Jon, Ron, Atticus, and Dorian at 11:10 AM

Email ThisBlogThis!Share to TwitterShare to FacebookShare to Pinterest
Labels: Blog29

I was beginning to worry about you guys. No posts since mid February! I was assured though that you were busy which is good because busy equals money.

I'd like a cup of tea, please. With lemon and a side of Melba toast with butter.